Alcoholics Anonymous began in 1935 in Akron, Ohio at a meeting of New York stockbroker Bill W. and Akron surgeon Dr. Bob in the home of non-alcoholic Henrietta Seiberling—the Gate Lodge of the Stan Hywet estate. The two set about helping others and the first to hear their message was an Akron suburban attorney named Bill D. His release date from the hospital, July 4, 1935 is said to be the beginning of the first AA group although this was a subdivision of the Oxford Group, a Scripture-based movement from which AA evolved. Our success spread by word of mouth and a few sporadic Clevelanders joined their ranks and those of the Akron meeting. Most notable among these early-comers was Clarence S., a Lyndhurst OH banker whose drinking estranged him from his wife, Dorothy, and out of work. 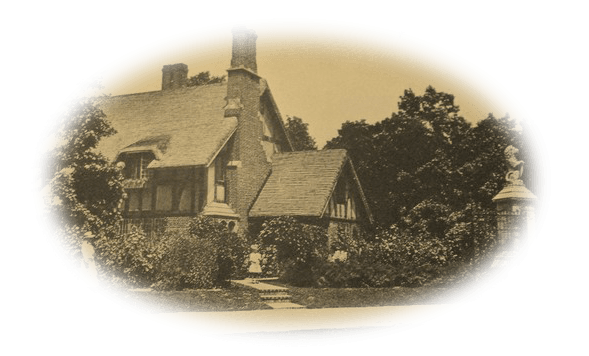 Clarence’s wife had an NYC sister, Virginia, whose family doctor was Dr. Leonard Strong, Bill W.’s brother-in-law. Virginia mentioned her brother-in-law’s malady to the doctor who then told her of Dr. Bob. Virginia relayed this to her sister. So when Clarence came to Dorothy, begging to return home, she told him he had to take Dr. Bob’s “cure” first. Clarence did this in early 1938 and set about proselytizing the program without much success for a year until he got Cleveland Heights patent attorney, Albert “Abby” G. down to Dr. Bob. When Abby returned he joined the group of Clevelanders going to Akron to the meeting.

Besides the 40-mile distance, some religions, notably Catholicism and its Cleveland bishop, found some of the Oxford Group’s practices contrary to their own and thus forbade their members to join them. So Abby offered his home as a closed meeting for alcoholics starting in May 1939, just one month after the publication of Alcoholics Anonymous (a.k.a. the “Big Book”). In the early fall of that year Clarence got a freelance reporter, Elrick Davis, into that group. Mr. Davis wrote a series of articles published in Cleveland’s Plain Dealer that praised AA and resulted in over 500 calls for help to be fielded by the then just 13 active Clevelanders.

Within a month this Cleveland group grew too large and spawned a new group, headed by Clarence, on November 16, 1939, that met at the home of non-alcoholic Tom Borton. Three days later the Orchard Grove Group on Cleveland’s west side also broke off. The original group kept growing also and within a couple months moved to Mayfield and Lee Roads and changed to Lee Road Thursday. These groups referred to themselves as Alcoholics Anonymous or just the initials A.A. Clarence’s minister, The Rev. Dilworth Lupton of the First Unitarian Church of Cleveland, presented a well-publicized and published sermon about Clarence titled “Mr. X and Alcoholics Anonymous” relating how AA principles are common to all religions. This further expanded our outreach. Within a year Cleveland AA grew from one group to thirty.

To keep unity these groups formed the Central Committee headed by Abby who set it up with time limits on leadership. Bill W credits Abby with inventing AA’s traditional Spirit of Rotation. In 1942 this intergroup started publishing the Central Bulletin, AA’s first newsletter, edited by local printer Harry D.. And in 1945 we got our first office, the 2nd such Central Office—Chicago was first—in AA and we named it the Cleveland District Office. It assumed many of the Central Committee’s duties. After the General Service Conference structure evolved in 1951 it assumed even more Central Committee duties, leaving the Committee with yet fewer tasks. In the early 2000’s the Central Committee ceased to exist, transferring its printing functions to the Office.

We've grown to over 800 groups over the years, but our reason for existence is still the one primary purpose:

"To Carry Our Message to the Alcoholic Who Still Suffers."