What is the AA Meaning of Sober?

The Man-on-the-Street-Speak: May define the word “sober” as: “clear-headed with normal emotions and logical thinking,” e.g.: A jaywalker who jumps in front of traffic would not be considered sober—he would not be sober-minded!

AA-Speak: If an AA member had not ingested an alcoholic drink in fifteen years, they would qualify for a fifteen-year sobriety token. This would apply to schizophrenics, manic depressives, bi-polar personalities, jaywalkers, and even Lizzie Borden!

Consequently, I have learned to differentiate between whether the person I am listening to is doing “Man-on-the-Street” talk or speaking the language of Alcoholics Anonymous.

For instance, suppose someone, at your next AA meeting, concludes that member X cannot come to logical conclusions, lives in great fear, fury and confusion. Therefore, he or she is not sober.

It isn’t that one of these statements are right and the other is wrong, it’s just to whom you are listening! This also applies to other Big Book words such as “recovered.” This makes for an interesting study as you listen around the AA tables.

What is the AA Meaning of Recovered?

The Man-on-the-Street-Speak: Often believes the word “recovered” means, as defined from a dictionary, as: “A return to a normal state of health, mind, or strength.” Or “To get back on one’s feet.” Consequently, comes the false notion that if one becomes “recovered” they could once again drink like a normal person.

An oft-heard statement: “If I thought I was recovered, I might go back to drinking.” This notion is often followed, from a Non-Big-Book alcoholic, by a lecture on the danger of using that word at AA meetings.

AA Speak: Members who have studied the Big Book understand the implication of the page 85 statement, “The problem has been removed. It does not exist for us” they would understand the physical allergy (Phenomenon of craving after a shot of whisky) will never be removed. If this is true then one may ask, well, if the physical allergy still exists, then what does the Big Book mean by “recovered?” Does it mean anything?

Answer: It means that the once powerful mental obsession to drink has diminished greatly, or perhaps, as one recovered alcoholic expressed: “To drink is no longer in my emotional vocabulary.” What a wonderful freedom for an alcoholic! Please read how an alcoholic (Fitz Mayo) couldn’t drink even if he would (pp. 56-57). Our co-founder, Dr. Bob, had thoughts of drinking for over two years, yet never yielded.

One might ask whether his great miracle will happen automatically? Well, recovered is only a conditional state of mind, of which, can rapidly disappear. Page 85 tells us: “This is how we react so long as we keep in fit spiritual condition.”

I knew there would be a trick to it! 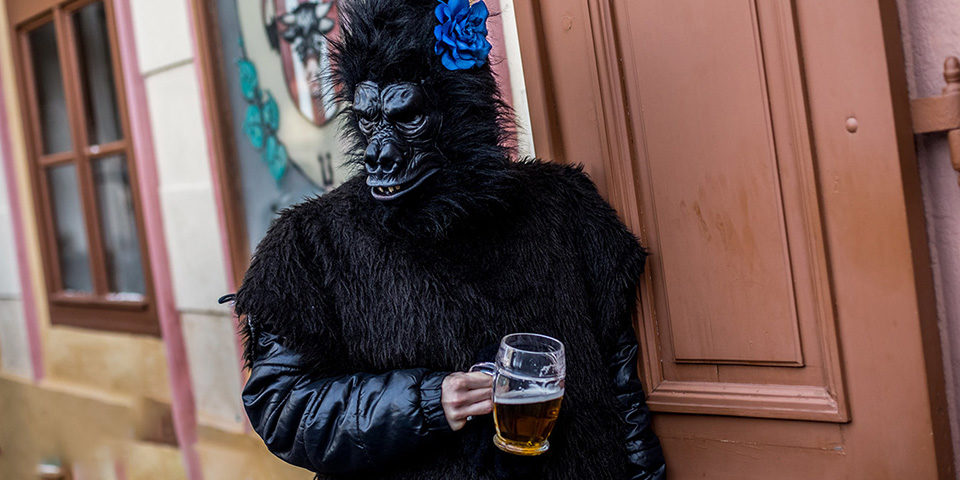